They are typically LEADERS in the making and FULL of creative ideas. 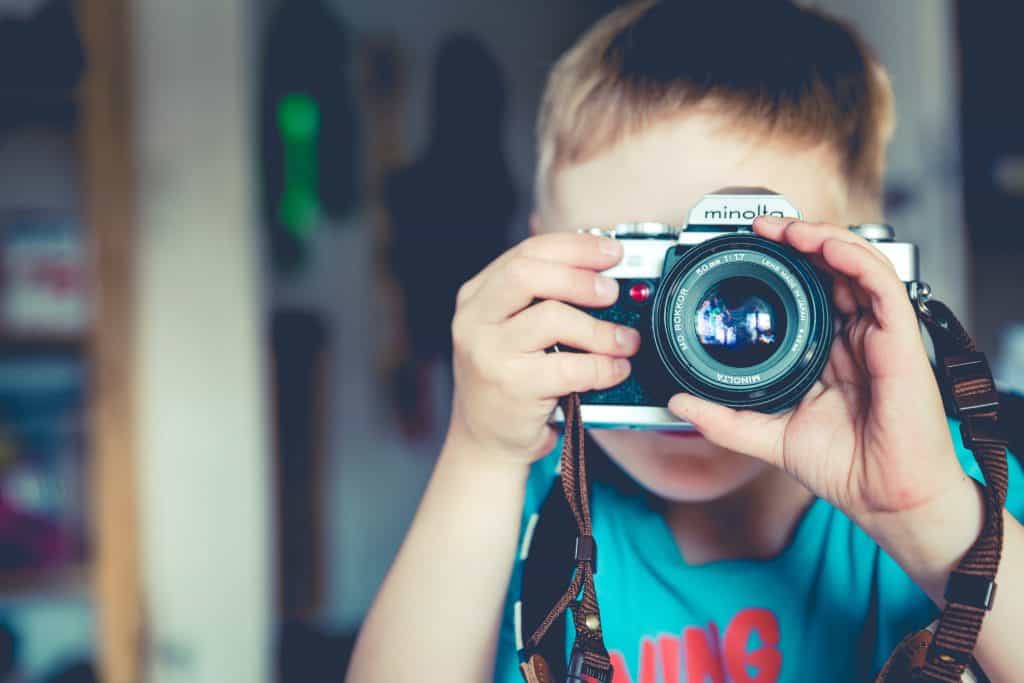 They also leave parents asking at times “Seriously?”  That strong will is enough to test your patience on many levels!

I have worked with many strong willed kids throughout my career… and then I also became the mother of one.  We need a support group  😉  How do you nurture their creativity but establish clear boundaries when it comes to discipline?

Thus, the challenge becomes how to effectively discipline a strong willed kid.

I’ve found some strategies to be effective, but they are not “one size fits all.” As soon as these smart kiddos figure out the strategy (they will) you have to change it up.

Some of you may be thinking, what about just saying “because I said so, that’s why” and there are times when that may work.  When it comes their safety, there’s no room for negotiation. But there are many other times when “because I say so” doesn’t work, or it leads to a battle of the wills.  If you really want a change in their behavior, you have to think how they think.

Let me say most kids have some stubborn tendencies about one thing or another.  But some get a double dose of a spirited personality.

A Strong Will is Not a Bad Trait

This work sample that came home with our child recently (he’s in Kindergarten) is a clear picture of a strong will in action.  It was a writing activity for the 100th day of school.  And here’s my child’s response to that prompt: 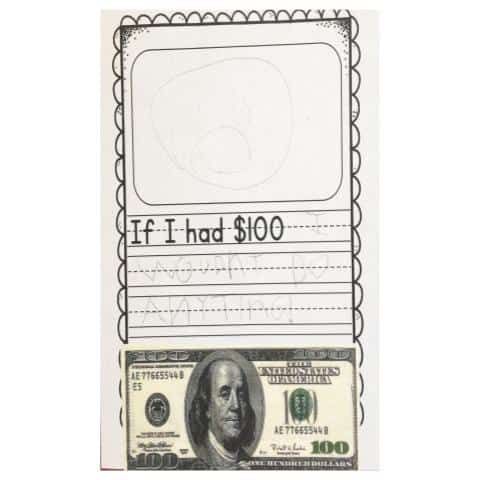 Here’s my best guess as to what happened here.  He didn’t want to write about it, plain and simple.  But it’s school and he needs to practice writing.  Enter a clever teacher.  I can imagine their conversation went a little something like this:

(Clever) Teacher:  “Okay, I’ll help you spell that.  You know how to write “I” then next is “wouldn’t” what sound does that start with…”

I’ve never asked his teacher about this assignment but I’m guessing this scenario is pretty accurate.  Although this is probably not her preference for the answer to the question, the goal was accomplished of getting him to write.  Thank goodness for teachers who can work lovingly and effectively with the strong willed child!

Strong willed kids are determined.  They have grit.  That determination and grit will serve them well later in life.  It’s our job as parents and teachers to guide them in the right direction.  It just takes more patience and calm redirection, which is easier said than done at times.

Strong Willed Kids and the Need to Control

If you have a strong-willed kid, chances are the following is familiar:

“Jack, it’s time to clean up your toys!”

Jack, with those big, beautiful blue eyes, takes a moment to consider your request then answers with a confident “No” or maybe even a polite “No Thanks” and returns to his own plans.

So sets the stage for what could lead to an epic battle of the wills.

Ultimately, you are the parent and you can make Jack clean up the toys, but there might be a way to both win.  I love win-win situations where the child accomplishes what you need them to do and you prevent a meltdown, even if it requires a little bit of compromise.

The strong willed child has a need to control unlike any other.

How to Effectively Discipline the Strong Willed Child

There are several ways to effectively discipline the strong willed child and create a win-win situation.  While many people connect discipline with punishment, it’s actually very different.  Discipline comes from the root word “disciple” which means to teach or instruct.

The goal with a strong willed child is achieving the desired behavior and discipline is used to teach them appropriate behaviors.  Below are some strategies you can use to achieve the goal.

1. Give an either/or choice.

Your strong willed child needs to feel in control but you can still get the desired behavior by giving them an either/or choice.

“Jack, you can either put away the blocks or the puzzles right now.  Which one would you like to do?”

Time to leave and your child is not ready? “Jill, do you want to put on your coat or your shoes first?”

This gives your little leader an opportunity to “save face” gracefully.  Giving them an either/or choice puts the ball in their court and gives them a feeling of control over the situation.  Framing what you need them to do in terms of choices is a really effective way to prevent a meltdown.

2. Turn things into a game/race/competition.

“Jack, let’s set this timer and see how many toys you can put in the toy box before it goes off.”

My husband takes our son to school every morning and he needed to speed up the process of getting out the door.  Five words changed everything.  “Who will get the win?” My husband had to say this once in a race to the door and it has worked ever since.  Our son may not be in a hurry to get out the door, but he’s definitely not going to lose the win!

I had a parent who once shared a great “game” strategy with me.  Her strong willed child was very difficult to get dressed in the morning.  Then one day she got dressed quickly when her clothes had just come out of the dryer.  Her mom had the idea to make a game out of getting dressed fast while the clothes were still warm.  The two minutes or less it took to toss the clothes in the dryer were well worth the time gained back from her daughter getting dressed fast!

You can’t flip flop with the strong willed kid.  They will call you out on it and use it to their advantage.  Once you’ve reached the point of being firm and there’s no more room for compromise, you have to stand on it.

If you told them they had to clean their room before 5 p.m. or lose their digital device for the rest of the evening, you have to stick to your word.  Consistency will lead to progress because your child will know the expectations and consequences are clear.  You’ve heard the expression, “give them an inch, they’ll take a mile.”  It’s especially true with the strong willed child.

Have you seen this video clip of the baby orangutan that doesn’t want to leave the playground?  It’s like watching the strong will in action!  The mother is patient and consistent when she probably wants to really use #5 strategy below.  Ha!

Some battles are just not worth it.  If it’s related to your child’s safety, it’s always worth it.  Otherwise, is it really necessary?

I had a former student who was wonderfully strong willed.  He wit was well advanced for his age and he was both a challenge and a lot of fun.  This kiddo wore shorts all year long.  On a particularly cold winter day, I asked his mom “just out of curiosity, has he ever worn pants?” She laughed and said “I quit fighting that battle years ago.”

The battle of shorts vs. pants wasn’t worth it and her child was just as happy as could be.

5.  Use your “back pocket” survival tactic as last resort.  But have one.

You have to keep going day to day with work, school, life, whatever is going on .  And there are those times when you need your child to comply and it turns into a battle.  As parents, we usually have that one thing, that “back pocket” survival tactic that works although it might not be our best moments of parenting.

One of my friends has a now teenage daughter with an extra dose of spirit.  When her daughter was young, my friend’s back pocket survival tactic was a call to a well known fictional character.  I’ll just call him “Bernie the Bear.”  Her daughter, for whatever reason that no one could figure out, hated Bernie the Bear.

And in those moments, when life was hectic and her mom needed to get something done without an argument, Bernie the Bear’s phone number was built into speed dial… just in case she needed to give him a call.

Now that most of my friends’ kids are teenagers, their back pocket tactic usually involves their child’s smart phone or laptop.  Sometimes, you have to do what works and keep marching on!

6.  Praise for desired behavior.  Empathy for their feelings.

Everyone likes praise.  Even if your strong willed kid may not acknowledge your praise, they definitely notice it.  Anytime your child completes a task that they usually avoid or complain about, praise them for a job well done.  Praise can go a long way!

Download behavior charts for a job well done in the Resource Library!

Counselors are very effective at using empathy for our feelings to help improve a situation.  Many times, counselors don’t counsel at all.  They just listen, and it works.  When your child says they are angry because they wanted pizza instead of a sandwich, just hear them out and tell them you understand.  Just acknowledging those feelings can diffuse a situation and avoid a meltdown.

A well timed diversion tactic can prevent a meltdown.  When your strong willed child gets stuck on an idea, change the topic or environment.

I’ve seen this work for a strong willed child who was in full on meltdown mode.  He was beyond angry and was starting to act aggressively.  In the midst of this crisis, I asked him, “Hey what did your mom cook for dinner last night?” Completely random.  He said “tacos, my favorite.” I asked him if they were better than Taco Bell and we started a whole new conversation.  It doesn’t always work, but it’s a simple strategy worth a try.

When the strong will leads to inappropriate behavior and you have to resort to consequences, there are two that are typically effective over time.  Every parent has different methods of consequences based on their child’s age, temperament, and past experiences.  These two consequences are usually the first methods of discipline and intervention.

Loss of a privilege-

For a younger child this could be t.v. or ipad time and for a teenager it could be their cell phone.  Taking away a privilege is usually effective if it’s used in moderation.  I’ve known kids to lose the “privilege” for such a long time that they no longer cared and resorted back to the same behaviors.  It’s important to communicate clearly about why they lost the privilege and when they will get it back.  It sets clear expectations.

Time out is generally associated with younger children and giving them a space to sit and think, or calm down.  Typically, they are in time out with the number of minutes that matches their age.  For older kids, this may be going to their room for awhile.

Sometimes this is needed for everyone.  It might prevent a situation that’s bad from going to worse.

Once it’s over, everyone starts fresh and moves on.

Lastly, hang in there.  The strong will kid requires a little “extra” than the kid that is easy to comply. I completely relate.  It can be exhausting.

However, they truly are leaders in the making and have some ideas that are no doubt going to change our world for the better! 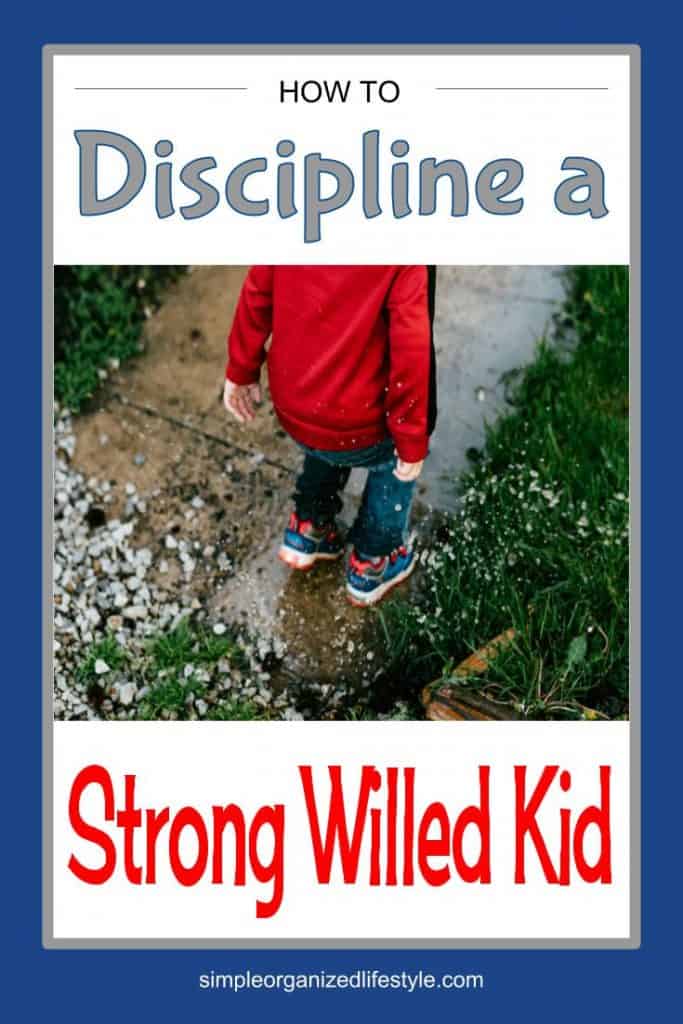 10 thoughts on “How to Effectively Discipline a Strong Willed Kid” 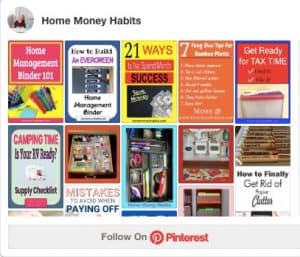